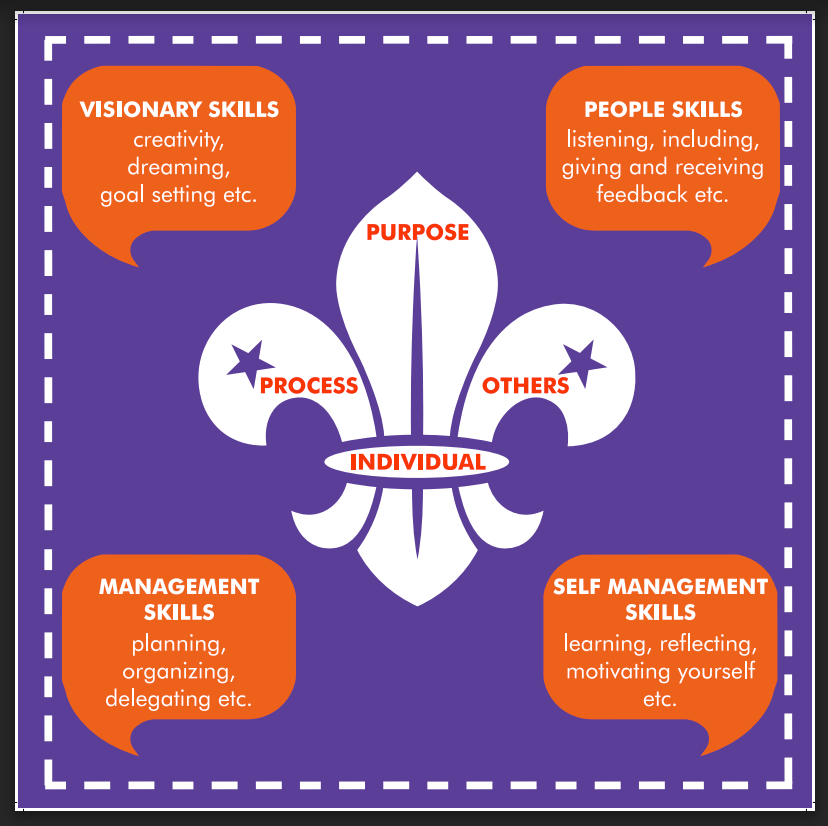 The Good, the Bad and the Ugly – what does it take to change the world?

The world does not change (for the better, that is) by itself. The law of entropy applied to human society means that, left by itself, social networks and society in general tend to break down over time, moving from cooperation and advancement towards conflict and chaos. It takes institutional and human energy to maintain social bonds and structures. Even more so if we wish them to progress. And this is not a linear process, it stems from individuals and movements consciously acting towards it.

World Scouting is currently promoting a “leadership” model which resonates very much with my own views. It advocates that in order to play a responsible role in the society, a person should master:

In other words, one should be able to imagine/formulate the future she/he wants, rally others in her/his efforts, come up with a plan to achieve the goals and be able to pursue the efforts against the odds.

One thing missing in this mix is, in my opinion, the DESIRE to do all this. There are probably tons of young people out there able to do all the above but lacking the sheer will to do so. For reasons ranging from individualism, disillusionment or pure laziness.

But the most important issue in the whole leadership discussion is a more subtle one: if the general aim is the create a better world, how and who is defining it? Arguably, people recruiting for ISIS or white supremacists have all the above abilities and their actions serve what they consider to be a better world. In some parts of the world equal rights for people of all sexual orientations means a “better world” whereas in others help incarcerating or institutionalising LGBT people is a service to the community.

Even without such extreme examples, it is clear that an attitude of “it doesn’t matter what they stand for, as long as they have a defendable position and they pursue it, we have achieved our goals” is not 100% valid. Not all “better world” views are equal.

One interesting thing that Baden Powell did when defining the Scout Law is that he wrote it in a positive phrases (rather than the biblical decalog “You shall not do this or that”), possibly because he wanted to describe them as a set of values you adhere to, rather than boundaries not to be crossed. The formulation of the values expressed in the Law have changed greatly over time and space, and today we have as many versions as associations. However, the core is, by large, the same. But is it enough to be trustworthy, loyal, helpful, friendly, courteous, kind, obedient, cheerful, thrifty and clean, to transform the world?

Maybe. But none of these directly encourages people to get involved or active in their communities and have a proactive approach to changing the world they live in. A bunch of nicer people do not mean a nicer world if they sit isolated and pat each other’s backs. The history is full of examples of idealistic groups which left nothing behind except for short-lived fellowships at the fringe of the society.

I agree that “change starts with myself” but it serves no one if it stops there!

Would then two educational aspects put together (leadership + values) be enough?

I argue that no. Mainly because there is another element which actually needs to be MISSING in order to make Scouting education work: our own (adult) views and conceptions of the world.

And it takes less direction from us

The society is polarised on so many topics that we’re often left with the unenviable position of trying to support young people make a sense of it and get involved, often without support in defining or accepting the limits of our role as leaders. I believe all Scout leaders should live by the Scouting values but I do not believe we should try to inculcate kids with our own views of the world. And this might be a lot more difficult than it sounds.

Each of us is the result of an extremely complex set of factors: genetic inheritance, family upbringing, the culture we developed in, social interactions, personal experiences… All of them define who we are, what we believe in, how we see the world around us and what we accept to be fair, right, good. “a better world”. But unless you’re called Gandhi they are just personal views, have no absolute value and should be not to be taken as life guidance by anyone (but you). I know that I would not be a skeptic atheist if I would have been born in a village in Amazonia in the same way I’m sure that any extreme right fanatic would consider things differently if he would have been born a lesbian.

One of the most difficult challenges I have as a leader is to find ways to get young people question the world, find their own life bearings and get active in the benefit of the community WITHOUT putting forward what I believe is the RIGHT way – being it my views on spirituality, human rights or politics. Pass on the appropriation and respect of the values expressed in the Scout Law devoid of any personal value judgement is tough! But it is the right thing to do.

And we should not only try to identify and refrain from parading our own biases but we should help young people to identify and analyze theirs. Being born and raised in a certain view of the world doesn’t mean we cannot question it – and we’re more inclined to do so in our formative years. In fact, I would challenge a “value” like “obedience” because it is so easily misinterpreted, resulting in young people being discouraged to be what actually makes them great at that age: independent, questioning, bold, revolutionary.

What’s the point of trying to raise a generation of active and empowered people if we try to induce in them a view which belongs to the past? To re-create our own world, with a few minor tweaks? The electric bulb was not invented by the continuous improvement of the candle!

Scouting should encourage young people to think for themselves, free from directing influences, gaining knowledge and critically considering various options and making informed decisions. We should provide the frame, the opportunities – they should fill it in and draw the conclusions. Each experience will probably have a different impact on the personality of our members, but that is exactly the point: we don’t want an army-like uniformity, but a diverse movement acting in the same direction.

NOT providing answers makes us the best leaders and could also help ourselves to reflect on our own views and convictions. We should become educators who provide inspiration, not leaders to be followed.

Only when equipped with the relevant leadership skills and having a set of positive values filtered through an unbiased process, can we hope that the young people of today will become the force able to continue the process of peaceful transformation of the world. 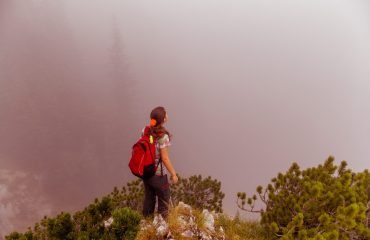 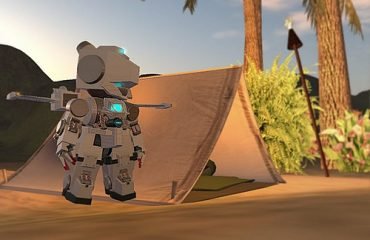 Be Prepared – Scouts and AI

1 Comment to “ The Good, the Bad and the Ugly – what does it take to change the world?”