A few general reflections and four points for consideration

Primum non nocere – or how to avoid brain damage in Scouting!

When I say brain damage, what do you think of? Possibly someone who took a fall without a helmet, or someone subjected to some James Bond villain-like electrode-prodding torture machine. In any case, the result is likely a significant change in the organ itself, a certain impairment. We generally agree that brain damage translates to any change in the brain functionality which makes us less functional or intelligent.

But, as we know, brains are plastic. And they actually DO physically change every time we learn something. Concretely, every piece of learning creates a new neuronal connection or reinforces an existing one. And this is true for ALL information we expose our brain to – science or can-can news, hate speech or empathy-videos of cats being saved in shelters. All get engraved in the complex structure of our brains and could play a role in our world view and behaviours.

Not all learning is good, though. Just like not all food helps us grow healthy, some learning can be considered “junk”. And, generally, for the same reasons: while we think we “learned” something, we actually consumed information that ultimately makes us dumber! Moreover, junk learning creates the conditions for more junk learning to happen, as it sets the brain to a state where it accepts more nonsense, seeking confirmation bias and lacking proper critical barriers.

And this is not limited to rather benign academic or political debates. Exposing our brain to pseudoscience like anti-vaccination, for example, can lead to life-changing decisions which affects more people than the one directly involved. “Learning more” about the link between autism and vaccines is actually adding more junk to our brain. According to the definition in the first paragraph, then, junk learning is brain damage! A self-perpetuating one, that is!

Finally, just as junk food, the earlier the junk learning enters our brain, the worse the damage is! Imagine the total knowledge of any individual as a brick building. Each piece of information is actually placed on a prior body of knowledge, slowly rising the structure. We cannot imagine Einstein delivering his famous equations, should he not had previously understood the multiplication table! And this does not apply only to sciences. Probably we would’ve never heard of Mother Teresa if a 12-years old Albanian would have not been immersed in the stories of the lives of missionaries and their service in Bengal!

Now imagine that some of the bricks at the very foundation of the knowledge edifice are shoddy and unstable (as result of the junk learning). Adding to them (even “healthy” learning) actually weakens the entire building – the importance of the solid foundation cannot be overstated.

As educational actors involved in the early stages of people’s lives, we hold a responsibility of ensuring that the learning we provide accounts for the best foundation on which any future knowledge can be built on.

The Scout Method as Elastigirl

Possibly mislead by our declared very broad array of development areas supported in Scouting, we tend sometimes to try and pack all possible topics and interests inside our programmes. While I generally think that moving ahead from (but building on) the initial ideas of Baden-Powell is a laudable effort, we might have to re-visit, from time to time, the original intentions. And this is not to say that Scouting cannot transform fundamentally and become something totally different from the early 20th Century movement, but this would not be possible without significantly altering the educational method.

The Scout Method is a useful tool to convey a certain type of learning but, as any method, it has its limitations. While it’s perfectly adapted to support young people in developing their preparedness in the face of natural disasters, it might not work so well in advancing the human-computer interaction.

Of course, at the end of the day, anything can be learned using almost any means, but certain things work better than others.

Looking back to BP’s years and his evolving view on the matter, we can see that he started by designing a system clearly aimed to develop morally-straight (as morals were understood in Edwardian England) and loyal subjects of the British Empire. Chivalry and obedience were among the cornerstones of Scouting education in its first years. Later, possibly under the influence of WW1 and the generalisation of the Movement, he focused more into the area of global citizenship and peace-building education, as these were still areas where the Scout Method could prove beneficial.

The success of the Movement is the focus on areas of learning to which our method is the best adapted to.

Regardless of the negative connotations that stereotypes have, it’s a perverse effect that they help, in a certain way, the promotion and image of any concept. Take “Swiss Made” for example – not all products made in Switzerland are great or of the highest quality, but people will immediately associate their “Swissness” with attention to details, high precision and long durability.

Scouting was often stereotyped as either a place for dorks, a paramilitary youth structure, a religious club or an outdoor adventure opportunity. Any of these were reflective of the visible focus of the education provided in various parts of the world, and the result was that the stereotypes were reinforced by the movement being attractive to exactly the same type of people represented in that simplified model.

I believe the great efforts all over the world to change to the more general “non-formal education youth movement” profile were not very successful mainly because the concept itself is not as “stereotypic-able” as the others. Difficult to represent a “non-formal education subjected young person” in the same way you can a glasses-wearing nerd or a backwoods, rough individual! Because we try to explain how we cover so much of a young person’s personality development we diluted our own message to a point where we look like we do very little, but in many areas. With all the bad that stereotypes bring, it was a (perverted) way to easily communicate an identity, a focus and set of values!

Identifying and being able to represent in one image the real focus of what we can achieve with the Scout Method is key to success in a media-driven world.

Looking back at 100 years of Scouting we realise that, at declarative level, we moved from defining ourselves as just an outdoor-based learning community (with the addition of an international brotherhood element) to a place where we try to place what we do in a wider, trans-organisational, global, education field. Recently, we re-defined what we do in the context of UNESCO’s competency-based education framework and currently we try to place our results in the broader SDG-based education context.

This all makes sense in programmatic terms – it helps forge meaningful partnerships and supports the positioning of Scouting education in a broader environment.

However, what did actually change for any individual involved in Scouting in the past 50 years? Learning is an individual process and, ultimately, the changes we induce in each and every person represent the major part of the real impact we have as a movement. 90% of the activities are the same for 50 or more years. In any local group, we still do camping, hiking, and patrol-based games. We have nights out, visit museums, help the needy, go together to mass and play outdoor games. A few new additions (like coding or cinematography) were added and we digitalise some of our work (virtual badges, e-learning) but they represent exceptions, rather than rules.

We have not radically changed the types of learning opportunities in the past years – we basically just redefined the expected outcomes of these activities to either fit the UNESCO competencies framework or the SDGs. How does this change the result of the weekend hike in 1970 or 2020? I guess the way that hike is organised and the topics discussed in the breaks, but even so, how can we be sure that is, indeed, the case?

We should drive the addition of completely new types of activities and learning opportunities (or significantly adapt the ones we traditionally feel comfortable with) in direct correlation to the new ambitions we have as an educational movement. 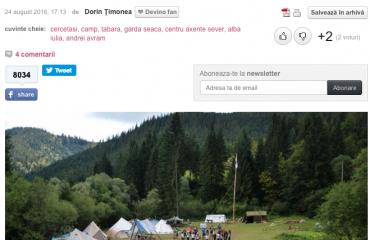 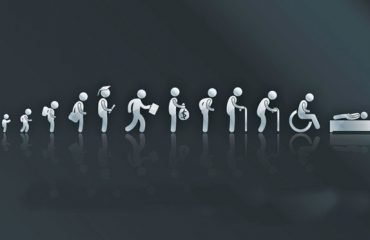