Agnostics are an interesting assortment and there are more and more of them. The Western style of life is pushing people away from established religions and the rise of  “SBNRs” (Spiritual But Not Religious) is a significant social trend. This could be due to rising interest in Eastern philosophies or the result of beliefs cross-contamination due to globalisation. But can be also just hipster smug superiority (“I’m smarter than a believer and deeper than an atheist”) combined with New Age credulity of the wind-chimes-cure-cancer variety.
In any case, their number is slowly but steadily growing and a 2010 Eurobarometer study showed that in the EU,

The figures vary greatly between countries, showing the complexity of the tackling the issue in any generalised manner.

To make some order in this it is probably important to note that the generally widespread view of “agnostics” being somewhere in between strong believers and total atheists is wrong.

“Atheist” and “agnostic” are answers to two DIFFERENT questions.
The answer to question “Do you believe in God?” is “yes” for a believer (theist) and “no” for an atheist. You can’t “not know” whether you believe or not.
On the other hand, the answer to the question “Do you/can we know if God exists?” can be “yes” for a Gnostic and “no” for an Agnostic.

* for the sake of simplifying the narrative I will use the term “God” even though the text is valid for a belief in any number of deities – god (s). To be exact to the philosophical approach to agnosticism, its supporters do not merely claim that they do not know if God exists, they state that the existence of God is unknowable –  i.e. the human reason is incapable of providing sufficient rational grounds to justify either the belief that God exists or the belief that God does not exist. So, is there a place for a person that does not claim to know if God exists (whatever her/his belief in this matter might be) in Scouting? And, if yes, what needs to change and where?
To answer this question I tried to look at what we currently call the “fundamentals” of our Movement:

The elements of the Scout Method, its “Seven Wonders”, as we all know, are:

Except for the Law and Promise, which are the expression of the values we promote in Scouting and which will be treated separately, I cannot see any element in the Scout Method that is, in any way, incompatible with an agnostic view of the world.
Certainly, a Christian would revere and respect Nature as an expression of the glory of God’s Creation whereas an Agnostic Atheist would look at it as a wonderfully complex system governed by laws waiting to be deciphered, but, overall, their attitude towards it would not change. Regardless of the motivation, within the values framework of Scouting, both would respect nature as a place of learning as well as an essential element in human survival in the future.

This holds true for all the other elements of the Scout Method, in my opinion.

But, as we mentioned the framework of Scout values, let’s look at them and see if any of them raise any issue in the case of an agnostic attitude. And, of course, the one place all of us will look first to when it comes to the set of values we promote, is the Scout Promise and the Scout Law. As there are lots and lots of versions and variants of the Law I would stick to the original one, assuming that it defines, at least in broad terms, the set of values that everyone in the world will agree with. In the words of Baden-Powell:

It is to be noted that BP has chosen to write a set of affirmative Laws in contrast to Old Testament-like prohibitions (Do not do this, do not do that…).

Again, it does not seem that a firm belief that God exists (or not) would have a significant influence in living according to this set of laws. One can be all these, with or without a strong opinion on the God matter.

When it comes to the Promise, again I will take the original as the one expressing the best the principles intended by the founder, and it reads:

On my honour I promise that—

Here it is clear that anyone who either claims to know that there is no God or accepts that the existence of God is not known to her/him would have a problem promising to do her/his duty to an entity which is either non-existent, uncertain or unknowable!

This would obviously reduce the Scout potential population to just the quarter of Gnostic Theists!

The King seemed to be an easier entity to deal with!

*Baden-Powell was conscious of the risk that a rigid attitude would entail and, already in the first years, granted exceptions to a number of associations for not using the word God in their promise. Their number varies according to the sources, as well as their identities but they seem to be Belgium, Czechoslovakia, France, Luxembourg, the Netherlands, and Finland. Though this was officially stopped by WOSM in 1932, since then more associations have replaced or dropped entirely any reference to God in their promise.

The Mission of Scouting

Finally, for all intents and purposes, Scouting’s role in today’s world is defined by the Mission of Scouting, adopted in Durban, at the 1999 World Scout Conference. Then, we have all agreed that our mission is:

“The mission of scouting is to contribute to the education of young people, through a value system based on Scout Promise and Law, to help build a better world where people are self-fulfilled as individuals and play a constructive role in the society.”

With the notable exception of the Scout Promise detailed above, all of this is possible to be achieved for any human being, regardless of her/his inner beliefs.

Have a look at the these images (all of them less than 100 years old!). The inside of a gas chamber at Auschwitz (1945) Mrs. Lucille Chalifoux turns her head from camera above while her children stare wonderingly. Lana, 6, and Rae, 5. Below are Milton, 4, and Sue Ellen, 2, were all sold by 1950 for as little as USD 2 to farmers, for labour. (Chicago, 1948) Missionary holding the hand of a starving child (Uganda, 1980) Did you feel something? A little tingle of sadness and empathy? I still do, even if it is the hundredth time that I see them!
Now, if this is caused by an excess of some neurotransmitter in my brain or because I have an immortal soul it’s a purely academic question. What’s important is the action that results out of this – and I believe that, if we agree that thorough the education we provide, we also contribute to making all these pictures past history, then creating a better world has no direct relation with a belief in gods.

So, where does all this leave us?

We all agree that Baden-Powell was a great educationalist. Some say a genius. But even geniuses are, to a great extend, women and men of their era. Aristotle believed in the music of the spheres and Newton thought lead can be transformed into gold through alchemy.

I believe that it is not only permissive, but it is actually needed, that we interpret certain aspects of BP’s writings and concepts, specifically those reflecting certain social conditions of the Edwardian England.

Even more established teachings are subject to interpretation – I hope there is no Christian in this world who takes this Exodus (21:21) passage literally:

Of course, I cannot speak in the name of all associations; they have the right to decide their own policies in terms of education and spiritual development. What I propose is not to “open up” Scouting to agnostics, because, in all fairness, THEY ARE ALREADY IN!
If the situation is acceptable and accepted then I only ask to be honest with ourselves. If this takes a change in the fundamentals – and, as I explained above, it only concerns the interpretation of the Scout Promise (and, subsequently, the World Constitution) – so be it. I believe we’re less and less an inter-religious Movement and more and more a non-religious movement.

Here I make the case of all agnostics. This because most of the recent discussions around the issue of “Duty to God” mention the possibility of accepting “non-believers”, as long as they agree to “search for a higher meaning or truth”. This is neither fair, nor honest. And this because all the religious people are not searching for any higher meaning, they already found it. And they chose to live according to the value system it entails. Why can we not accept people that are not searching anymore because they found a different answer or reached the conclusion that there actually is no answer knowable to humans!

I find it difficult to accept that we easily accept someone who believes in the ancient gods of Greece but not someone who affirms that IF there are any gods, this is yet to be proven. When it comes to education for citizenship, a value system based on faith is not compulsory.

If we agree that “spiritual development” is an internal experience of the individual then, like anything personal, this CAN take place outside any organised religion and with no direct reference to the existence of divinities. Human Rights, Non-violence, Equal opportunities, etc. are real spiritual values which can be lived outside a faith framework. I do not see why this could not happen in Scouting’s context.

Over the years I received a number of questions and challenges from people I have great respect for. One of the most relevant of them was: “Is it possible to have spiritual development outside a faith?”.
I believe it is. Actually I would even say it is even more relevant outside a established dogma.

A few days ago, a good friend of mine has shared with me this article from the Philippines Star WorldNews: Though interesting/funny as a fact, I believe this is blatantly stupid. Because, as they say, if atheism is a religion then “Off” is a TV Channel! 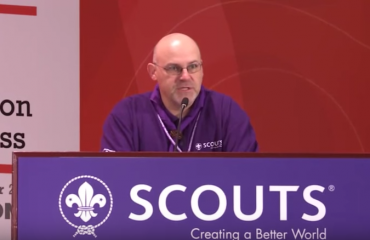 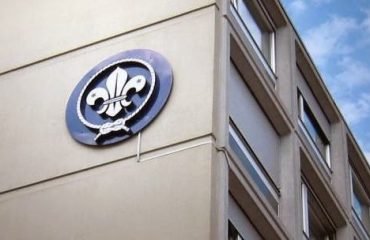